Several types of barrels are commonly used in industrial barrels, such as conventional IBC totes, plastic water towers, and steel drums. They are often used as hazardous waste shipments.

The cost of an IBC tote with straight pipe interfaces is relatively low, and some companies that generate waste will also use this form of IBC totes in order to reduce costs. The current survey has not found relevant data on the diameter of export pipes. This type of interface has a relatively high risk, is likely to cause liquid leakage, and is difficult to seal.

At present, it is rare that the IBC tote unloading interface on the market is a flange interface, but this type of interface is easier to connect, and the sealing is easier than the above two types.

The flange interface has a universal variable diameter, and the specifications are 6.2cm/ 7.5cm/ 9cm, so fixed C-type quick couplings can be used with different reducing joints, as shown in the following figure: agree to purchase 2 inch C-type quick couplings, with 80 to 50/100 Transfer to 50 and other different reducing joints and coarse-toothed to C-type joints. This solution can keep the pipes connected to the diaphragm pump section unchanged, and only the adapter can be replaced.

It is difficult to seal the straight pipe interface. In order to ensure that there is no leakage during the disposal process, a certain amount of reducing clamps need to be purchased to seal the diaphragm pump and the diameter interface of the water outlet. At this time, one end can be connected to a fixed C-type quick-change connector.

The flange interface is less difficult and the connection is more convenient. In order to reduce the cost, the variable-diameter flange can be processed by itself and then connected to the C-type quick conversion joint.

Are you looking for the IBC tote adapter? Qiming Packaging is a professional supplier specializing in IBC tote fittings such as IBC tote valves, IBC adapters, and IBC top lids, and so on. If you are interested, contact us at mail@qiminggroup.com for a better answer. We’d love to work with you together.

Made in China store 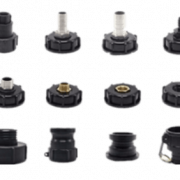 6 Things You Must Know When Buying IBC Adapter Camlock Couplings 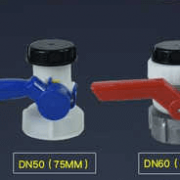 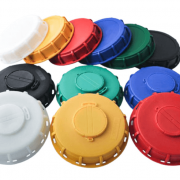 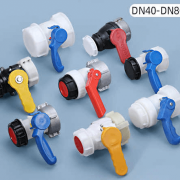 How to Get Cheap IBC Ball Valves And Butterfly Valves Of High Quality? 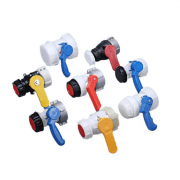 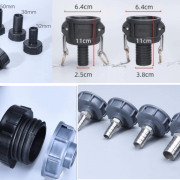 6 Things You Must Know When Buying IBC Adapter Camlock Couplings

You May Also Interest In

What is tin can packaging?
Scroll to top